Sandbox is the penultimate mode of Jurassic World Evolution 2, where you finally get to put everything to use and build your dream dino park. If you boot up Sandbox Mode right away, however, you’ll notice that there’s not a lot of options unlocked, especially when it comes to the dinosaurs you can hatch. If you want every breed of dinosaur in Sandbox mode you’ll need to jump through some hoops in order to unlock them. Here’s what you need to know.

The trick with unlocking dinosaurs in Jurassic World Evolution 2 is that you essentially need to grind expeditions and research, but Sandbox mode doesn’t actually let you do any of that. What this means is that you’ll have to do all of this in the game’s other three modes; Campaign, Chaos Theory, and Challenge mode. Any buildings and dinosaurs you unlock in any of these modes will then be available in Sandbox. While Challenge mode is the easiest place to unlock things, if you want everything you will need to play through Campaign and Chaos Theory. This is because there are a handful of dinosaurs that can only be gained through those modes, such as a campaign mission that unlocks the Allosaurus. With that out of the way, here’s what you’ll need to do in Challenge mode.

You’ll need to play more than once, but pick the Canada map and easy in Challenge mode, then build a Science Center, Expedition Center, Response Facility, and Hatchery. You should play like normal to start out with, as you’ll need plenty of cash to keep your facilities running and the expeditions going. The whole time you’re playing in Challenge mode, remember to keep going to the research tab, and constantly have some kind of research going.

For the first step, click on the Expedition Center once you’ve constructed it and then select the option to bring up the Expeditions map. On this map Yellow icons are available Expeditions, Light Blue are ones you’ve already embarked on, and Green are completed. More and more Dig Sites for Expeditions will unlock as you complete research, but you’ll need Scientists with the necessary skills to send on an Expedition. Click on an Expedition, assign the Scientists you want, and then select Start Task to send them on their way. As a note, some Expeditions will allow you to capture dinosaurs that are running loose and not just fossils. Capturing these dinosaurs will then airlift them into your park, meaning they’re unlocked for Sandbox mode automatically.

Now, once an Expedition is completed comes the next step, extracting Genomes from the Fossils you receive. To look at the fossils open the Control Room then click on the dinosaur skull icon to head to the Fossils tab. If you click on a Fossil you can see the Extraction Slots it needs in order to increase Genome progression. You’ll need to assign scientists to extract the DNA from fossils, and as you do the Genome progression will go up. Once the Genome has hit at least 50 percent, you’ll be able to synthesize the dinos in your hatchery. Once said dinos are hatched and let into your park, then they’ll finally be unlocked in Sandbox.

Once you’ve built a Hatchery and gotten the Genome, click on the Hatchery, choose an empty bay, choose the dinosaur you want to synthesize, and finally assign the scientists that will meet the requirements. Once you’ve completed this lengthy process, you’ll finally have a dinosaur unlocked, now you just have to do it for everyone – hence the grinding.

Here’s a recap of everything you need to do to unlock all dinosaurs:

Keep in mind that each and every step of the process costs money, and quite a bit. So you’ll need to sufficiently manage the rest of your park to keep the cash flowing in.

Now that you know how to unlock the dinosaurs, you might want to see a list of everything Jurassic World Evolution 2 has to offer. Here’s a full list of every dinosaur in the game.

This article was originally published by Techraptor.net. Read the original article here.
Build your own Jurassic World
Newsflash Bioengineer dinosaurs that think, feel and react intelligently to the world you build around them.

Choose your own path

Build for Science, Entertainment or Security interests in an uncertain world where life always finds a way.

Immerse yourself in an all-new narrative featuring iconic characters and decades of Jurassic lore at your fingertips.

Control the big picture with deep management tools or go hands-on to confront challenges on the ground or in the air. 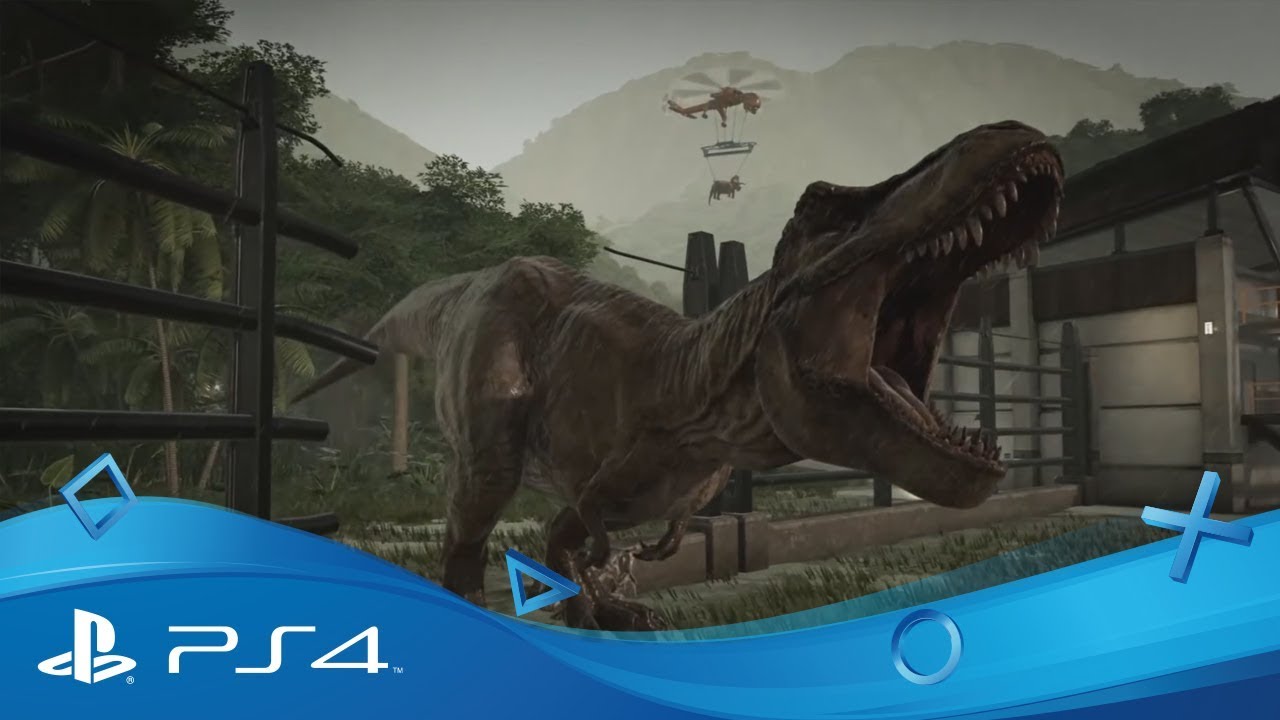 Build your own Jurassic World

Build and manage your own Jurassic World on the legendary islands of the Las Cinco Muertes archipelago.

Nintendo Switch is a trademark of Nintendo.