Jurassic World Evolution 2 is here to the delight of the many fans awaiting the sequel since its announcement as part of Summer Games Fest. With the addition of building customization, hiring scientists, and flying and underwater dinosaurs alongside the usual Jurassic Park Velociraptors, there's plenty of things to get different players excited. While the sequel is relatively similar to the first, there are new intricacies added to older systems in JWE2, one of which being Appeal.

Jurassic Park's latest video game adaption is a business simulation game by Frontier Developments that sees players running their own version of Jurassic Park across many game modes. While Jurassic Park Evolution 2's modes work in numerous different ways, certain metrics need to be watched across most if not all of them. One of the statistics players will be checking on frequently is Appeal, found in the Park Rating menu.

RELATED: An Adorable Cat Fills In For Jurassic Park's T-Rex In This Hilarious YouTube Video

What is Appeal in JWE2?

Appeal is what draws people to fans' parks. Many players might notice as they develop their parks that guests don't appear until closures are fully built and dinosaurs roam in their custom-built homes. This is because dinosaurs are notably the biggest factor in how Appeal works.

Guests want to see the dinosaurs of Jurassic Park above all else. The metric deals with what dinosaurs are in fans' parks, how visible they are, and what kind of variety the park has. Finding this balance is crucial to bringing more guests into players' parks.

JWE2 Appeal Levels and How to Raise Them

The highest appeal players can reach in the new Jurassic World Evolution 2 is 4,000. This total is calculated by several factors. Each dinosaur comes with its own appeal points, which differ based on the genetic authenticity and modifications used in the creature's creation. That number gets decreased depending on if the reptiles are visible at that particular moment in players' parks, as well as if the location owns more than one of each dinosaur available. Attractions also play a part in how many guests come to the park, but those buildings require them to remain open to raise the metric.

The most important thing for Jurassic Park movie fans who wish to raise their appeal is to simply make sure their dinosaurs are diverse in number as well as genetically, as well as making sure guests can see them. No one wants to go to a park where they can't see the star attractions, after all.

It's advised that players make their enclosures as small as possible in regards to the creatures' size and comfort levels to boost visibility. They should also make sure plenty of space is available for those enclosures as well. Not all dinosaurs can exist in habitats together, so to get the best variety, having more than one enclosure is the safest investment to bring in guests.

MORE: Jurassic Park Star BD Wong Reveals Why He Was Bitter Towards The Film

One players miraculously manages to escape Helgen, the beginning area of Skyrim, with their hands still bound together.

Based on Universal Pictures’ film franchise, Jurassic World Evolution 2 builds upon the dinosaur park management simulation, offering players a thrilling front seat as they take charge of their own Jurassic World park.

Following the roaring success of Jurassic World Evolution, the sequel offers players an original Campaign mode, expanded construction options, more customization choices and the all-new Chaos Theory mode in which they can play through ’what if’ scenarios from all five films in the Jurassic World franchise from Universal Pictures and Amblin Entertainment.

No longer contained to the Muertes Islands, Jurassic World Evolution 2 unfolds across distinct environments ranging from dense forests and rocky deserts to sun-drenched tropics, each with its own unique terrain and environmental challenges. In Campaign mode, players can immerse themselves in an original Jurassic World story following the events of Jurassic World: Fallen Kingdom. With the help of Claire Dearing (voiced by Bryce Dallas Howard) and Dr. Ian Malcolm (voiced by Jeff Goldblum), players will help lead the efforts of the DFW (Department of Fish and Wildlife) across the continental U.S. establishing new facilities across a range of locations in order to control, conserve and contain wild dinosaurs.

Another standout addition to Jurassic World Evolution 2 is the all-new Chaos Theory mode. Here, players can revisit pivotal moments from the Jurassic World film franchise and add their own mark in a range of ‘what if’ scenarios. Whether realizing John Hammond’s dream of an operational Jurassic Park, showcasing a T. rex in the San Diego Amphitheatre, or building and running their own Jurassic World with the support of iconic characters such as Dr. Henry Wu (voiced by BD Wong), players can experience events from their favorite films like never before as they find themselves at the helm of managing new challenges and altering outcomes. 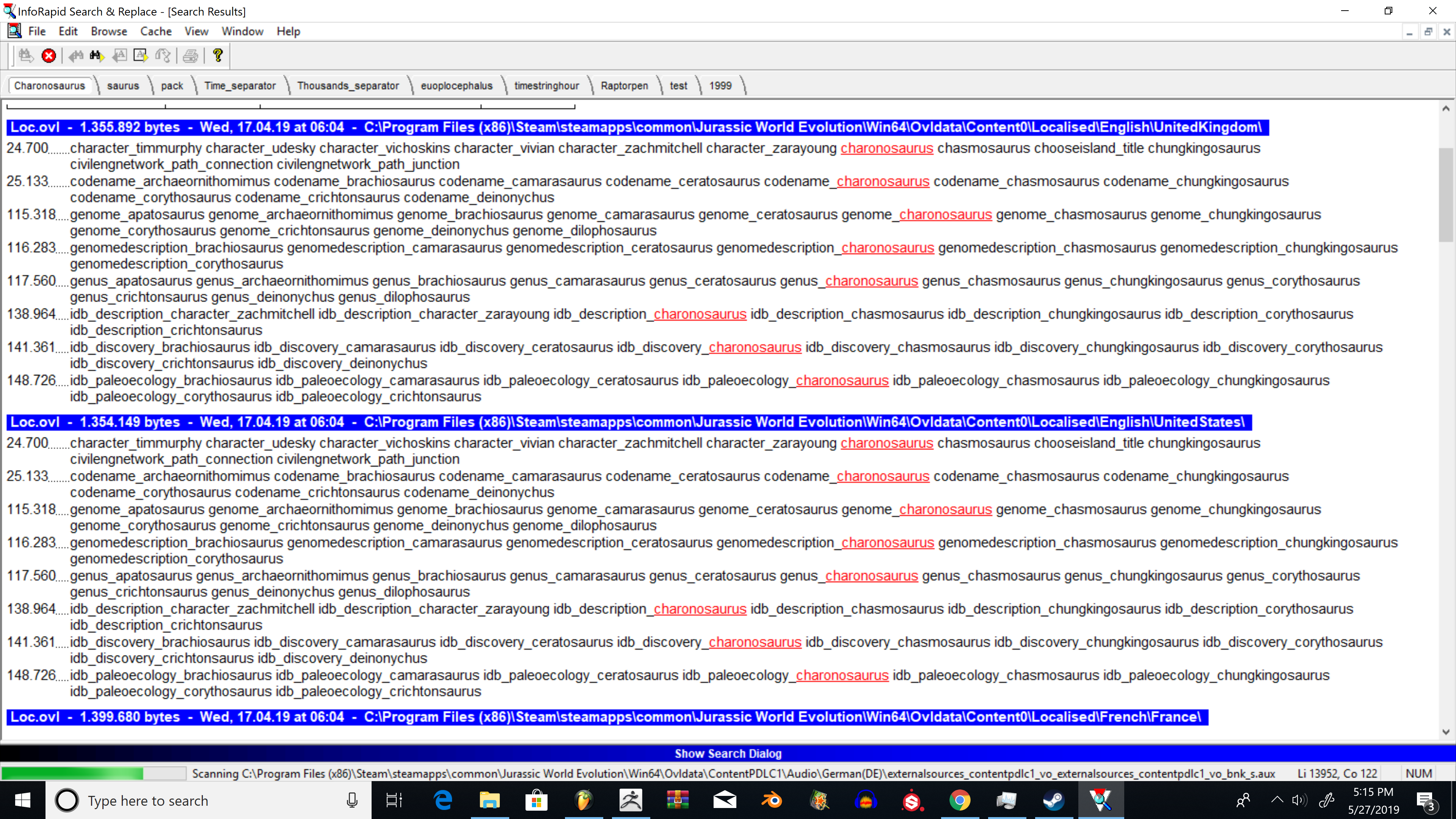 Players looking to expand their experience can discover even more with the digitally exclusive Jurassic World Evolution 2: Deluxe Edition ($69.99).

Aside from the base game, players will receive three exclusive vehicle skins inspired by the Dinosaur Protection Group, six guest building amenity signs, and five additional awe-inspiring prehistoric species to add to their Challenge and Sandbox mode parks, including land dinosaurs, as well as marine and flying reptiles.

Additionally, from today, players everywhere can pre-order the game from and receive a trio of exciting in-game rewards to use when Jurassic World Evolution 2 releases. Inspired by the thrilling 1997 Jurassic Park sequel, The Lost World: Jurassic Park, the game lets players pay homage to John Hammond’s bioengineering company in Challenge and Sandbox modes with three vehicle skins bearing the iconic jungle-green InGen livery.

Jurassic World Evolution 2 will also be available in physical format for PS5, Xbox Series X S, PS4 and Xbox One for a suggested retail price of $59.99.

For those looking to unleash their creativity, Sandbox mode offers players all the tools they need to create their ultimate Jurassic Park or Jurassic World dinosaur park. Challenge mode allows players to truly test their management skills in a range of different missions with escalating difficulty, attempting to achieve the best park rating in the shortest amount of time.

Jurassic World Evolution 2 features more than 75 breathtaking prehistoric species to discover, including highly requested flying and marine reptiles, and returning community-favourite dinosaurs. These majestic species feel more alive than ever as they preside over territory and display brand-new behaviors when interacting with each other, fighting for dominance and reacting intelligently to the world around them. Through bioengineering, players can customize their dinosaurs with bold new colors and patterns and alter their genomes to discover new traits to unlock as they endeavor to create the ultimate dinosaur park destination.